I'm fundraising for The Way Christian Ministries using JustGiving. Check out my page:
http://www.justgiving.com/RevStanway
Posted by Unknown at 10:54 No comments:

The Way Christian Ministries Expands into ALL of Pakistan

Under the apostolic oversight of Apostle Asher and his team, The Way Christian Ministries (TheWayCM) in Pakistan will be making Christian disciples throughout all of Pakistan commencing January 2012.

In 2010 the first ever Christian Bible College (Hunook Bible College) was established in the city of Multan by TheWayCM in Pakistan. The graduates from Hunook have been reaching out into Pakistan throughout 2011 and now 10 groups of 10-15 leaders in 10 major cities in Pakistan will begin receiving our Training for Life Leadership Training to equip them to oversee the growing work of TheWayCM in Pakistan. Many thousands of Christian Pakistanis will benefit from this.

Rev Peter Stanway’s ‘live’ teaching input in mainly done via an online hook-up through Skype. However, Apostle Asher’s laptop has been damaged beyond repair. He has raised half of the cost of a new one. Can you help him raise the other half? He needs 30,000 Pakistani Rupees.
With commission for transfer the amount needed is: 250 GBP or 400 USD
Any amount you can give would be a tremendous help: http://www.thewaycm.com/donate.html

You can Give by Text
Simply text TWCM40 to 70070 and you’ll get a text straight back, asking how much you want to give. You can give ANY amount between £1 to £10. All gifts, great and small, make a difference to the work of The Way Christian Ministries ...so why not grab your phone and give it a whirl!
If you prefer to give online, you can here: http://www.thewaycm.com/donate.html

Thank you.
Posted by Unknown at 14:35 No comments:

Who is McKenzie Video

Review for Who is McKenzie? 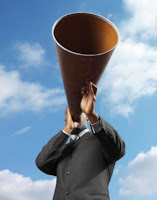 Several years ago, I made a conscious decision to wipe the invisible religious slate clean and start from scratch. As the daughter of a minister, I began questioning some of the doctrines associated with our church.  I had religious answers burned into my mind, but I didn’t want that kind of experience. I was searching for an experience that was authentic and came from within. I didn’t want to act and react due to head knowledge, but out of a driving passion from my heart.

As a book reviewer and editor, I was privileged to have the best in written philosophies at my disposal. I became immersed and consumed with finding out who this mysterious Heavenly Father truly is. Interviewing a diverse group of individuals and hearing their personal stories for my radio broadcast has also helped to unwrap the great mystery. And, on occasion, my path would intersect with flesh and blood mirror images of who I longed to be-that individual who totally understood who God was apart from legislated rules.
Late one Sunday afternoon in Atlanta, Georgia at the World Congress Center, Peter Stanway and I crossed paths. Nothing about his appearance or our initial conversation screamed that our meeting was destiny, but it would prove to be.  After getting to know Peter over the course of several days during The International Christian Retail Show, it was obvious that just by knowing him, any faith crisis that remained, would soon become nonexistent. He beamed with a passion that was bigger than any room he stepped into. He has a palpable compassion for people that are lost in a maze of questions that never seem to get resolved. Although a gifted minister, I believe him to be a 21st century healer.

When Jesus performed miracles, opening deaf ears and blind eyes was only part of his ministry. There was always a deeper meaning of reconciliation with society and with God our Father at work. Peter’s ministry is much the same. He is driven to remove the errors in religious thinking and restore our relationship with God.

As you read of McKenzie’s adventures, don’t be surprised if some of his wonderings and emotional struggles look familiar. That is because McKenzie is each of us, wrapped in a different outer shell, but tormented by the same spiritual issues we all deal with. Without having to dress in your Sunday best, fight traffic, race for your favorite pew in your own synagogue, it is possible to hear the truth in a non-confrontational but personal way. It is conceivable to settle our own questions by voyeuristically shadowing McKenzie and learning as he learns. It is probable that you will wipe a tear or two from your cheek as the realization of the depth, yet simplicity of His love, finally comes to rest within you. There is no greater sermon or more profound message to be shared except that He is real and always obtainable. No religious doctrine necessary.

Several years ago, a military drama premiered on silver screens across the world in which one line has become notorious for making the movie. In the famous courtroom scene, a lawyer slams his fist on the table while yelling at the defendant, “I want the truth.”  In much the same way, I see believers around the world slamming their spiritual fist on a table demanding to know the truth. I know because I was one of them. I grew up in church but failed to know, really know, God. It is my prayer that as you read Who Is McKenzie?, your eyes will be opened, the truth revealed, and for the impact of that truth to reach forward into generations to come. Whether you need to wipe your slate clean as I did, or to hear the message for the first time, I believe Peter will profoundly affect the way you view God. For those that want to know Him and bypass the doctrinal sludge that tends to weigh us down, McKenzie is perfect.

Order your copy of Who is McKenzie? here: http://www.peterstanwaybooks.com/buy.html

‘McKenzie is profound! I am moved to tears at several points, not because the action is emotional, but rather the content and questions and his wonderings resound in all of us. This is from God, Peter, I am so sure of it. For those that want to know Him and bypass the doctrinal sludge that tends to weigh us down, McKenzie is perfect.’ Mary Nichelson Blogger and Reviewer - USA : http://www.peterstanwaybooks.com/mckenzie.html 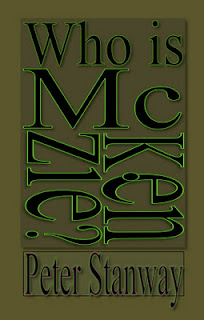 Who is McKenzie? Order Now for ONLY £7.99
In this introduction to the McKenzie series, we travel the globe and enter into the fascinating world of McKenzie.
Peter has written this book to reach those who are not Christians. In an intriguing and breath-taking diversity of adventures, the central character, McKenzie, goes through all kinds of spiritual and emotional experiences; some amazingly good, others frighteningly bad.
Page by page we are captivated and left feeling hungry for more. Not only are we questioning what will happen to McKenzie but we are faced with the same life-changing questions that we ourselves must answer......
The intriguing and mysterious McKenzie stories will appeal to a wide range of people (Christians and non-Christians) from diverse cultures and countries.
Everyone will identify in some way with the central character, but just who is McKenzie?
Who is McKenzie? will be published before Christmas 2011 but, to avoid the rush, you can order your pre-publication signed copy now!
Order your copy here: http://www.peterstanwaybooks.com/mckenzie.html 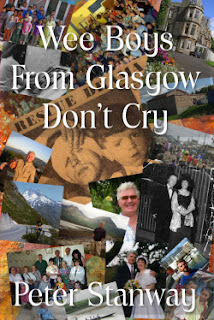 New Updated and Revised - Wee Boys from Glasgow Don’t Cry ONLY £9.99
Wee Boys from Glasgow Don’t Cry is a challenging real-life roller-coaster story of survival and victory. In the twilight zone of drugs and alcohol, Peter spirals deeper into a desperate lifestyle with no holds barred. On the run with another man’s wife, extreme personal transformation is just about to hit him! Completely dysfunctional from years of hedonism he is thrown a lifeline from where he last expected. With no options left, Peter grabs the outstretched hand of Jesus. The power of God knocks him to the floor. When he gets up he is totally changed. The real adventure is about to begin …..
Order your copy here: http://www.peterstanwaybooks.com/buy.html